Film is a collaborative medium and Athens Videography has a revolving stable of talented people to make your film be all it can be. These are the principle participants in our process. 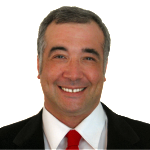 Athens Videography is led by Jay Braver, an Athens local since 1986.
Jay makes sure everything goes according to plan.
After graduating with an arts degree from UGA, Braver remained in Athens, Georgia and has been involved in the local music, web, graphics, software, Internet, music and video community.

During the day, Jay is a website developer / Internet marketer and his Internet work can be seen at JayBraver.com.

Have a need? Dan Peiken will produce whatever it is that you might need. Simply put, Dan solves people’s problems. If he can’t, he knows absolutely everybody in Athens and will put you in touch with the person who can solve your problem. Creating video is an endless stream of problems and Daniel is invaluable to their solution.

Daniel is an integral part of the Athens music community and he documents his incessant concert viewing in video at AthensRockShow.com. By day, Daniel is a real estate pro specializing in the downtown Athens Georgia area and Greater Athens-Clarke County. If you’re buying or selling a house, contact Daniel Peiken via his website at AthensHome.com.

Jason Elder
Production Manager, Audio/Music, Marketing
Jason is our all around go-to guy. When something needs to be done, Jason is usually already doing it. Jason is an experienced musician who brings inside knowledge of music technology. For more complicated productions, AV calls on the services of Tyler Reeves. Reeves is an award-winning director who attended the University of Georgia film school and was president of the University of Georgia Film club. Reeves has wide and in-depth knowledge of cinematography, film history, and shot composition. Anything that has plot or needs multiple complex videography, Tyler really knows his material.

Erich Forschler
Writer
Creative lives and dies by the words which express the ideas. Erich is a genius at taking conceptual aspirations and putting them down into concrete words on paper. Fresh from the printing of his latest novel, Weight of an Empire, Forschler is an invaluable team member of AV. If smart is as smart does, this man is nothing short of brilliant.